technical specifications of the luminaire: size 3,6 x 3,6 m | output 1800W LED I lumen 18000lm | the custom-made aluminium framework was created by our company

Ericsson’s new home in Hungary was built on the bank of the Danube, as part of the first phase of the Hungarian Nobel Prize Winners Research and Development Park. The building (with a floor space of 24,000 sq. m. in total) is the home of the company’s largest R&D Centre outside Sweden. The building – one of Hungary’s cutting-edge and most innovative headquarters – was constructed in accordance with the stringent requirements of the LEED Gold environmental awareness rating.

The six-storey building was specifically tailored and constructed to suit the needs of the client. In terms of mass formation, function, as well as professional architectural solutions, it perfectly fits in the atmosphere of the surrounding environment. The facility will have 540 parking spaces and 250 parking installations for bicycles, occupying four levels under the building.

It will be the first building of the Hungarian Nobel Prize Winners Research and Development Park where the developments of WING will be specifically tailored to meet the needs of R&D companies. The new Ericsson House of 24,000 sq. m., built on the bank of the Danube is the company’s largest R&D Centre outside Sweden, where – in addition to offices – one of Hungary’s most advanced and largest server rooms is to be installed, together with the related R&D labs. The six-storey building is “built-to-suit”, meaning that it is constructed to meet the needs of the client (Ericsson). The facility will have 540 parking spaces and 250 parking installations for bicycles, occupying four levels under the building. Works are anticipated to be finished by the end of 2017, and once handed over, the headquarters will accommodate approximately 1,800 employees.

In his speech Noah Steinberg emphasized that it is essential for international companies operating here to have access to proper infrastructure (including office buildings), so that Hungary’s national economy can be competitive on the international arena and Hungarian workforce can reach its potential. According to him, the value of the investment is approximately EUR 20 billion. 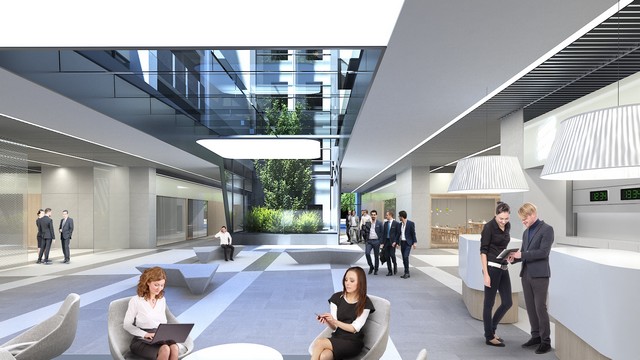 Gábor Éry noted that this year they were celebrating the 25th anniversary of establishing Ericsson Hungary. The construction of the Ericsson Building was an important milestone for them; its design started three and a half years ago when all their attempts to find a suitable building for the company – among either already realized or planned developments – failed, prompting them to opt for the “built-to-suit” model. He also expressed his hope that the new building will enhance closer cooperation among various divisions of the company. 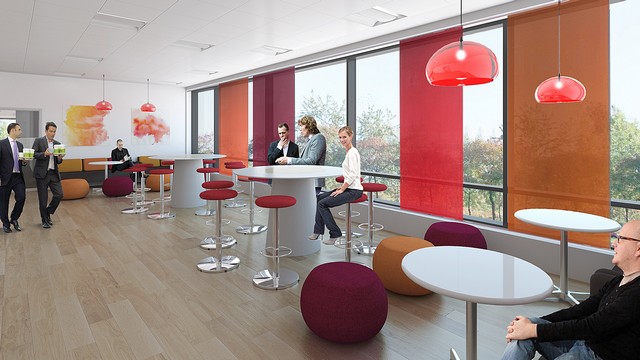 The building was designed by WING’s subsidiary Aspectus Architect, and the general contractor was Strabag Hungary. The investment is funded by a joint venture of banks such as Unicredit Bank Hungary, Unicredit Bank Austria and K&H Bank. The first phase will be followed by the development of a similar building in the second phase, closer to the Rákóczi Bridge on the plot. The design and preparatory works of the latter are already being implemented.