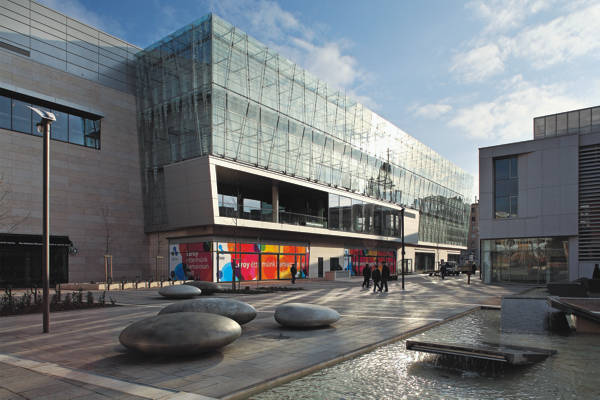 From an urbanistic point of view, Allée’s story reminds us that of the former Moscow Square and Ganz in the 2nd District of Budapest: well before the idea of the Millenáris Park was conceived, the construction of the New National Theatre in Buda had been already considered. It could have been built on the Buda side because this half of the city never had a real centre – hopefully only until now that a new multifunctional building complex (comprising offices, a shopping centre, as well as dwelling units) opened its gates in the 11th District. This could also be the time when the continuation – a pedestrian precinct – of Bercsényi Street (which can finally flourish, thanks to the new tunnel built under it) comes to existence (“BARTók Project”). This would mean that the centreline becomes a cult street, the southern half of the Buda side turns into a university quarter, somewhat like a “Quartier Latin” in Buda. This, of course, requires a common concept of the Districts and the Capital itself.

The mass of the building complex is uniform, while its shape is intentionally more diverse, with each of the three units designed by three different architect studios, along the lines of organically grown cities. The glass wall of the southwestern façade is leaning outward, following the example of Egeraat (whose studio actually started to design the building). The cube form split up by slanting glass surfaces and covered in metal alloy is the most characteristic part of the building, while the arched design of the dwelling unit’s corner, recurring on each floor, can be considered as the most innovative formal solution. The northern block of Simplon Court – a residential building located on the corner of Váli Street and Bercsényi Street, designed by Vikár and Lukács Architects Studio Ltd. – has a sharper appearance, with only a few dark glass cubes emerging from its bright mass. In contrast, the multi-coloured glass façade of the building designed by t2a Architects is rather playful as it reflects the bubbles appearing in Allée’s billboard advertising, thus invoking both its colours and its atmosphere. 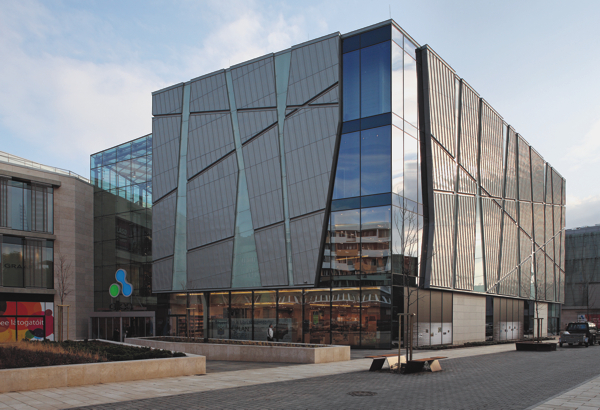 In fact, the complex is not an organically grown city – it is a plaza; and as such, it is well above average. Materials used for the construction – such as sweet water limestone, brick, titanium, zinc and aluminium alloy, as well as glass – are of high standards and diverse. The interior design is likewise characterized by multiplicity: its most significant element is the vast, undulating wall surface covered in plywood sprinkled with coloured profiles, interacting with colourful rectangles recessed on the opposite side. The central corridor has the merit of letting in a plenty of natural light through its glass envelope, thus enabling the opening up towards the outside world, revealing certain segments of the latter. The building also communicates with the outside world: film titles on the cinema façade and ornament-like signs of the topics of the books offered by the bookstore are advertising these facilities. This solution follows an old urban model. City-planning was the answer to this demand, although – unfortunately – little room was left for it: the building façades could use more free space to demonstrate their design more effectively.