Our “RIPPL” lamps manufactured for the railway station in Kaposvár were granted two Special Awards. We are proud to have earned this acknowledgement in cooperation with our partners. 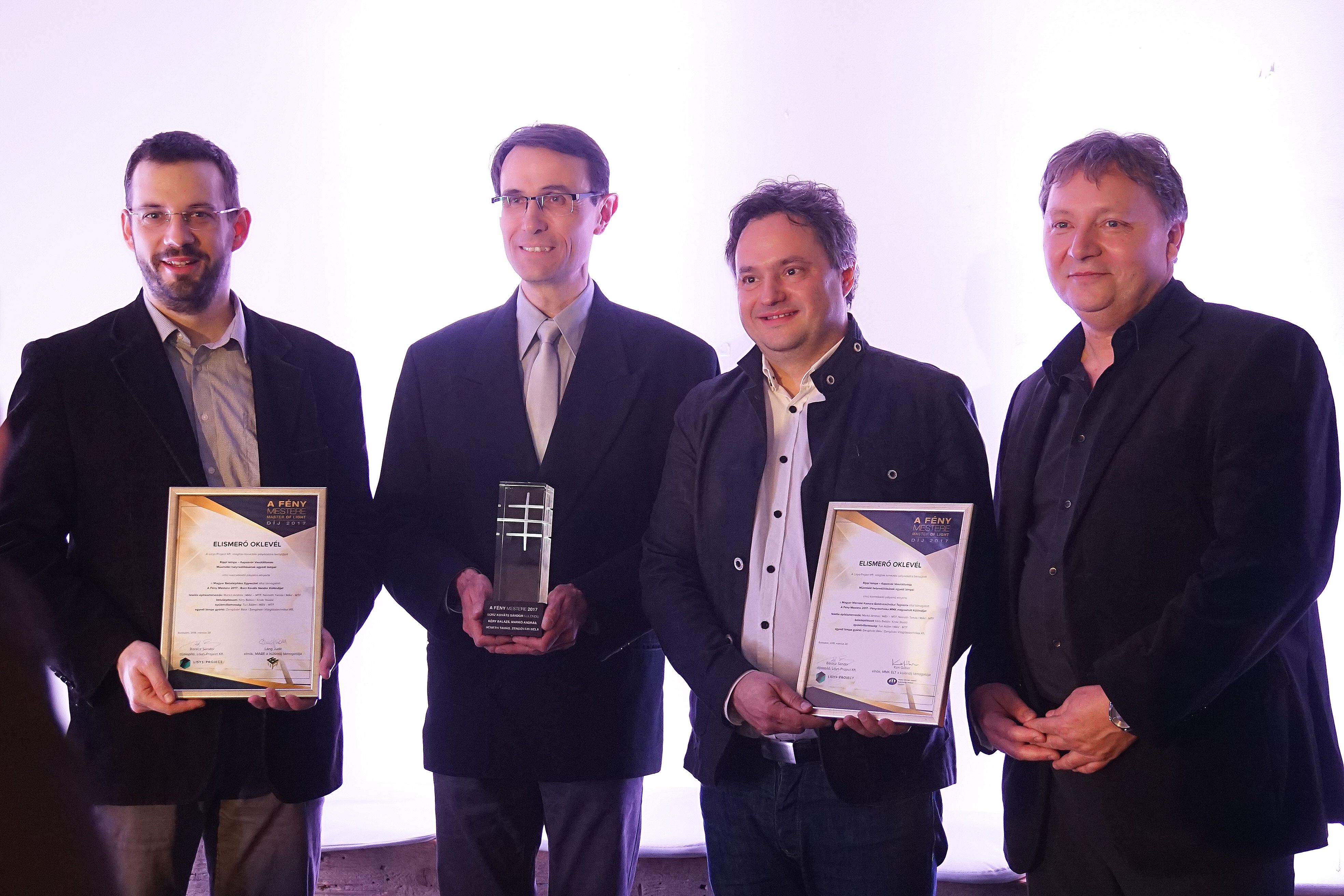 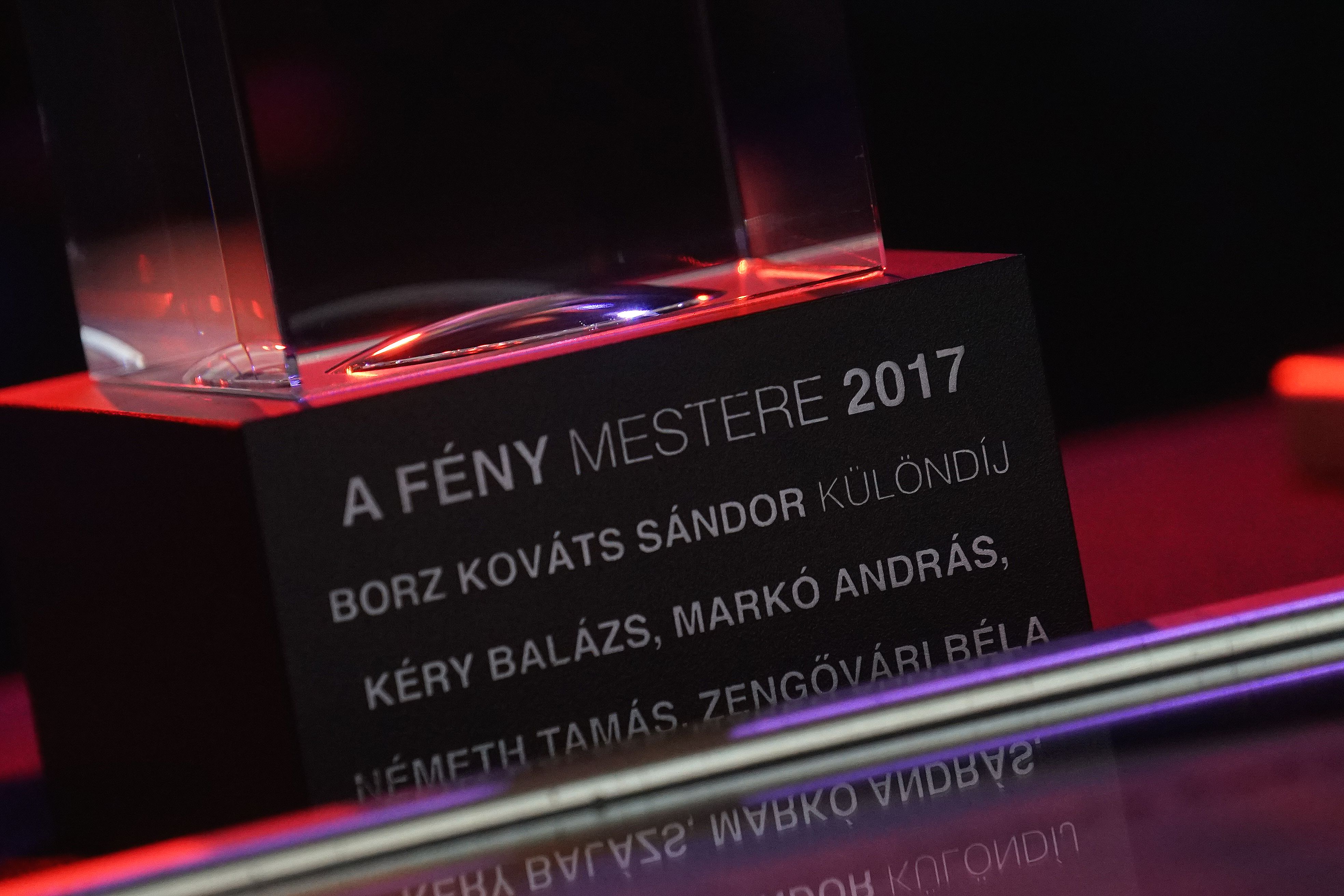 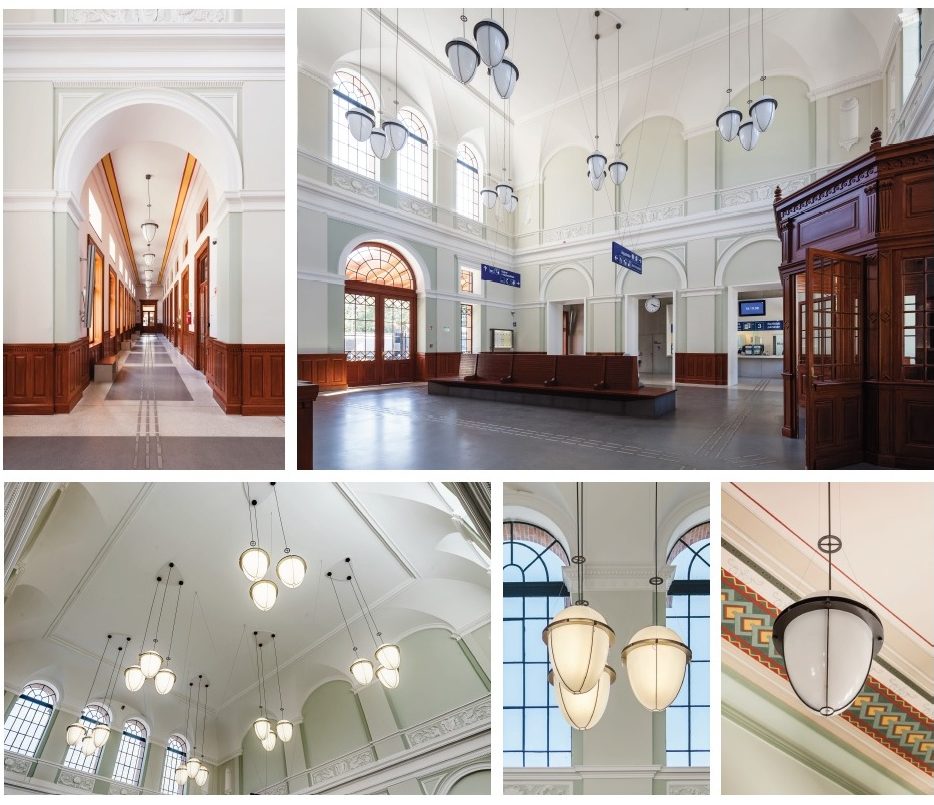 The “Master of Light” Award of Excellence was created by LISYS-PROJECT Kft. in 2015, and – in addition to a significant professional recognition – it also offers financial rewards. This year, MABE (the Association for Hungarian Interior Design), MMK ELT (the Electrotechnics Division of the Hungarian Chamber of Engineers) and PROVIM Kft. contributed to the funding of the Special Awards, while a specific recognition – “Junior Master of Light” – for applications submitted by BA, MA and PhD students was available on account of the financial support of ERCO.

Applications for the Award of Excellence were assessed by a jury of six professionals independent from the founder. The members – in alphabetical order – were:

Tamás Bányai, lighting designer, developer of the lighting concept of the first project honoured by the Award of Excellence;

Balázs Csontos, lighting designer and supervisor of the “Vígszínház” theatre in Budapest;

Tamás Bányai’s encounter with this year’s application was not only in his capacity as a member of the jury; Mr. Bányai – the first winner of the “Master of Light” Award – also created a special light installation for the award ceremony: the aim of the event crystallized in the unique atmosphere of Art Quarter Budapest’s room on Nagytétényi road.

A decision based on professional criteria

According to the jury’s decision, there were four finalists. During the event, each finalist had five minutes to present his/her application, and then answered the questions of the jury. The jury then withdrew for an approximately 50-minute deliberation, followed by the announcement of the winners.

A complex system of awards

In addition to the financial reward, the winner of the Award of Excellence also received a journey; and this was the first year when – thanks to LISYS-PROJECT Kft.’s generosity – all finalists were offered a travel to Mulhouse and visit the world-famous Musée de l’Impression sur Etoffes, a museum of printed fabrics and get an insight into the manufacturing secrets of Barrisol’s foil systems as well.

The following received an honourable mention from the jury in the “Master of Light 2017” competition:

The Lighting Technology Design Special Award was split between the following two teams: 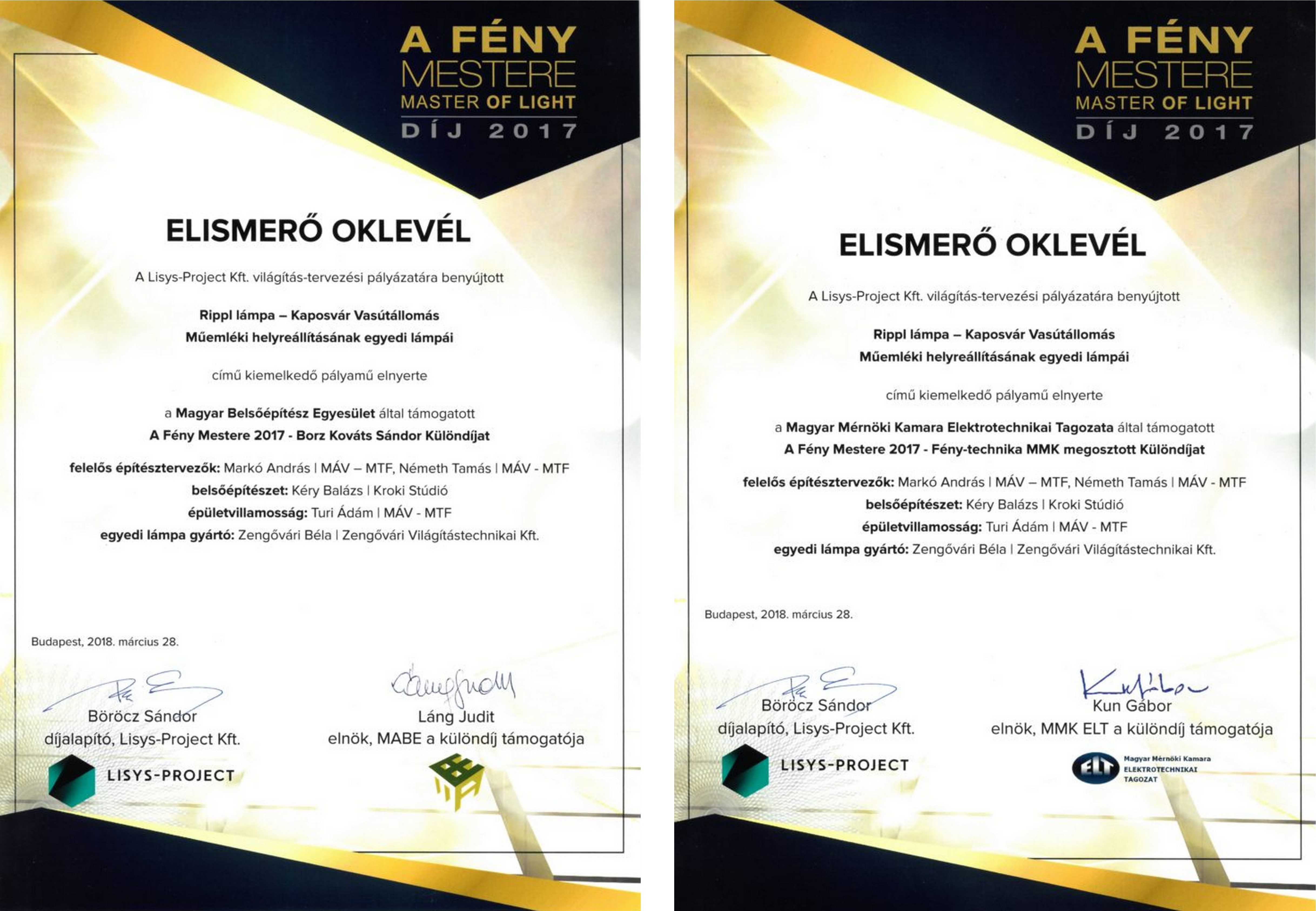 This year, the jury did not grant the “Junior Master of Light” Award to anyone, emphasizing that the students were not given sufficiently wide knowledge and a sound ammunition in the course of their studies in order for them to be able to experiment with light.

Technical support and catering of the event was provided by Forevent Kft. and Nem Süti Bistrot, respectively. The guests were entertained by “Élőkép Színház” (“Living Picture Theatre”) and Attila Juhász’ Jazz Band during the ceremony.